Trekking in the largest natural forest in Italy 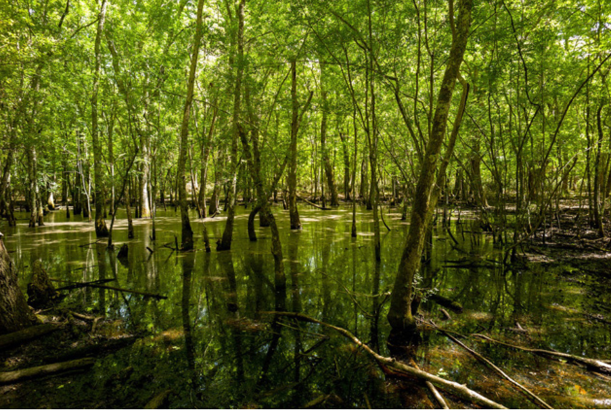 Trekking, a way of enjoying the nature of the Circeo National Park – the most extensive and most well conserved flat natural forest in Italy which has existed since 1934. Located 70 kilometers south of Rome on the edge of the Tyrrhenian Sea, Circeo National Park covers approximately 8,000 hectares of the Pontine Marshes. It contains a spectacular ecosystem with golden sand dunes, saltwater lakes such as the Verdesca Pool, inhabited by birds, a promontory which overlooks the sea and important traces of ancient civilizations. It has become a magical place to explore on foot. The Circeo Forest has been classified by UNESCO as a Biosphere Reserve since 1977, offering a range of scenery which changes with the seasons: beautiful spring blooms, accompanied by birdsong, in summer – the silent flight of butterflies. With a little luck you might even see boar and deer!

Which routes to take

It is heralded as a hiker’s paradise – simply select one of the many routes which begin in the Forest. Ceraselle, for example, is perfect for a testing but not overly difficult walk. Setting off from San Felice Circeo, you pass through a holly oak and scented bay tree forest close to the Verdesca Pools, which expands in the wet season and where you find oak trees whose roots extend into the water, as well as a few wild cats, before arriving at the ridge of the promontory, where you immediately see the islands of Ponza, Zannone, Ventotene and Palmarola. As you move further to the Crocette area, you will come across the ancient Acropolis, built with megalithic stones by an unknow population seven centuries B.C., and then the defensive building called the Battery of Moresca, built by the French in 1811 to defend the Promontory from incursions by the English and pirates. Further on from here you will reach a large rectangular cistern called the Moresca Pool. If you’re feeling fit, there is a route which leads from Paola Tower to Circe Cliff, the highest point of the mountain, containing the ruins of a temple dedicated to Venus. The view is remarkable: the Ponziane Islands, the gulfs of Gaeta and Napoli and the dunes of Sabaudia Beach. For this latest adventure, however, it is better to use GPS or an experienced tour leader.

digitallogin
Explore Circeo National Park on horseback
We are ready to welcome you with exciting new developments!