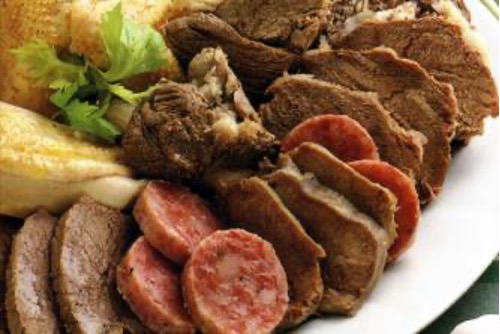 This Christmas is no different from any other in that even this year our family will enjoy the dish which our friends who grew up in the homeland still distrust. The subject matter in question is Cremonese fruit mustard, a foodstuff often accompanying boiled meats (and particularly tongue).

Although it is not a typically Christmas dish, for those of us who lived hundreds of miles away from our hometown 80 years ago, getting mustard was not an easy task.

It therefore became a tradition for our family to have mustard sent over at  Christmas time and this way we felt a little closer to friends and family who remained in Lombardy.

Later on, with the opening of the Autostrada del Sole, it became a tradition to go to Cremona for the All Saints holiday, in order to visit the family tomb as well as stocking up on mustard and nougat (the other Cremonese delight). Both strictly Sperlari.

But what is Cremonese mustard? 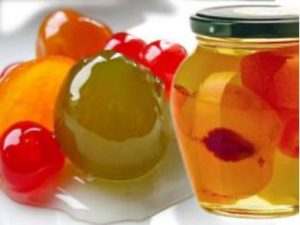 It is made from candied mixed fruit, left whole or cut into large pieces. The fruits used are either from late Summer or Autumn, and come from the Cremona area: pumpkin, white watermelon, figs, apples, pears, but also cherries and orange peel.

The fruit is first candied, then immersed in a glucose syrup flavoured with mustard. And it is precisely the presence of the latter that gives the contrast and brings to life the “two flavours” typical of Cremonese Mustard: sweetness from the fruit and spicyness from the mustard.

The origins of mustard are to be found in the ancient monasteries of the Cremona area where the monks made a special sauce to preserve fruit. The success of this recipe spanning centuries led to Enea Sperlari inititating industrial production as early as 1836.

Today the production is mainly industrial, but at Christmas in small foodstuffs it is still possible to find some homemade elements.

The classic pairings are those with boiled meat, included in this the Gran Bollito Cremonese, a very rich dish consisting of at least five (!!!) fine cuts of beef, veal and chicken, to which are added head, veal tongue and pot salami. 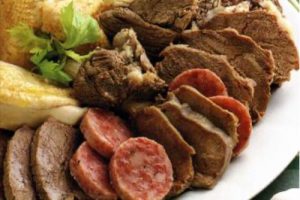 Anyone wanting to learn more about the history of this dish can read this article from La Provincia di Cremona. We invite you to overcome your diffidence and immerse yourself in this explosion of flavours, in true Christmas spirit!

digitallogin
October: Explore and discover our treasures on a 3-day trip
“Lazio in Love”