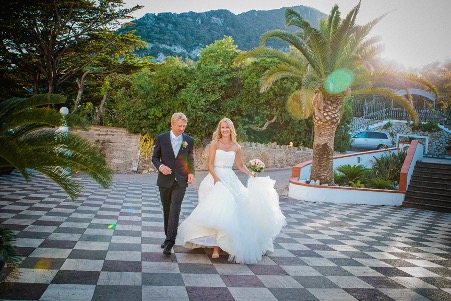 We wanted to spread the word about an incredible new initiative called ‘Lazio in Love’ set up by authorities in Lazio, in an attempt to salvage a wedding sector badly impacted by the pandemic. They plan to give €2,000 (£1,670) to couples getting married in the region. This incredible initiative is available to both Italians and foreigners alike who decide to tie the knot between 1st January and 31st December 2022. There is a total of €10m set aside for this initiative, and applications for the refund can either be made up until the end of January 2023 or until the fund runs out.

“The scheme is needed to support a sector that has suffered badly from the economic crisis,” said Nicola Zingaretti, the president of Lazio. “We have put the significant investment in place also with an eye on the tourism sector, and with the awareness and pride of being able to boast about every part of our region, with many locations among the most magical and fascinating in the world thanks to an unparalleled cultural heritage.”

The Lazio region has a rich variety of locations to choose from, including the Italian capital, a host of mediaeval hilltop towns and the sand dune beaches that line Circeo national park. Among the most famous weddings to have been held in the region was that between the now divorced Tom Cruise and Katie Holmes, who married in Orsini-Odescalchi castle in Bracciano in 2006.